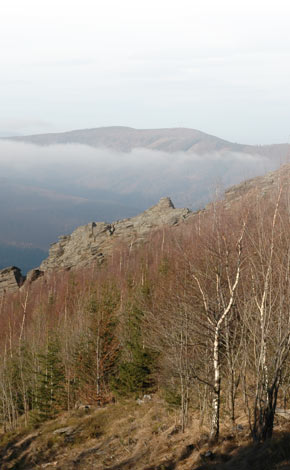 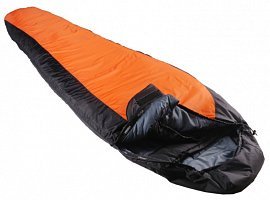 Are you still hesitate whether to opt for a sleeping bag PRIMA? Read the feedback we received from our customers!

In terms of the preparation for the first Czech travel to the South Pole I took part (as member of ARCTICA) in series of expeditions in Asian mountains or arctic areas. Some of them had its own plan and goal (e.g. crossing of Greenland), others were just actions testing our ability to surpass obstacles and cope with longterm staying in extreme conditions. These actions were also test ing the resistance and suitability of our equipment and outfit. Last time, it was our stay (in March) in Spitzbergen. This archipelago was chosen purposely because temperatures are around 20 to 35 degrees below zero in March; but several times we experienced extreme 40 °C below zero. This cold is amplified by immense humidity.

Our task was to choose and try appropriate sleeping bag suitable for other hard arctic actions (including prepared travel to South Pole) – it was the most important mission. The question was if we should use time-tested feather sleeping bags or sleeping bags made of synthetic fiber… and which type of available fiber we should use. This problem was solved when people from PRIMA OUTDOOR, s.r.o. called me if I feel like trying their new sleeping bags during one of my expedition. I admit that I was quite apprehensive because the only “extreme temperatures” (using sleeping bag made of microfibers) I experienced during my spring trip do Sicily. However, if we want to solve our problem, it was necessary to risk and hope that insulating qualities will be sufficient.

Considering that in this time PRIMA produces sleeping bags made of two quality insulators: Thermolite Extreme and Polarguard 3D, we decided that two of us would sleep in Polarguard 3D type, two of us in Thermolite Extreme and two of us will stay in feather type for better comparison.
As I wrote, temperatures ranged from 20 to 35 degrees below zero, sometimes they were about 40 degrees below zero. Humidity was about 90 %. In this extreme climate there was approximately zero chance to dry our sleeping bags and after several days feather sleeping bags changed into two layers of nylon (one of them Dry-loft) filled with feather frozen debris in corners. Instead of warming it just rattled. For owners of these sleeping bags the moment when they should go to this icy pouches became the worst one of the day. Nature demonstrated to us very quickly which material is appropriate and which is not – both synthetic fibers warmed without changes during the whole expedition. Immense humidity had no influence on its insulating ability – however we had to pull them apart several times because the outer material was agglutinate together due to frost.
The question is which material (Polarguard 3D or Thermolite Extreme) keeps its marvelous qualities in these extreme conditions for longer period. We will probably solve this problem after our summer “trip” to Greenland when the same sleeping bags will be tested during two months in the similar conditions as we experienced in Spitzbergen. That is to say there is no difference in lifetime yet.

The second question is how many layers of fiber (100g/m2) sleeping bag should have in 40 °C below zero. Our “five-layers” standard sleeping bags PRIMA EXTREM and PRIMA EXTREM 3D reliably warmed until 20 degrees below zero. After that, man tired after daylong travel with heavy sledges, worn in one layer of Power stretch started to feel cold.

For me, it was important to know that synthetic fiber insulation did very good in enormous frost and that in immense humidity they are practically irreplaceable. For me the last question is their lifelong that I will be able to consider seriously after my return from Greenland (after four months). During the first test PRIMA did very well. In this article I did not cover with another used components of sleeping bags, e.g. YKK zips or outer material Tactel because I take them within this category as commonplace. I would hate this article to end up as some attack against feather and feather equipment. It was just evaluation of used insulating materials behavior in concrete conditions of arctic cold.

Who knows Czech climber and polar explorer Milan Wlasák in person, as critic and negativist, can not believe that he used words like “PRIMA did very good”, “synthetic fibers insulate very well” and „they are irreplaceable”. We really appriciate his appraisal and we will be glad to cooperate with him in the future.